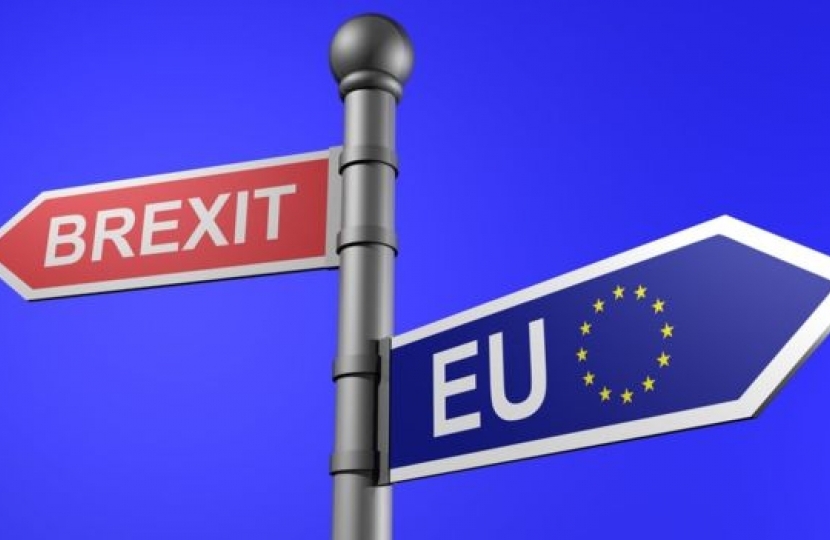 Three years on from the 2016 Brexit Referendum and Plymouth remains a leave city.

The people of Plymouth have spoken once again by voting overwhelmingly for the Brexit Party gaining 43% of the local vote in the European Elections this past week.

When you compare the vote for strong leave parties (Brexit Party and UKIP) with the strong remain parties (Green, Liberal Democrats and Change UK) in the recent election you get 61% leave v 39% remain in Plymouth. A virtually identical result to the Plymouth results from the 2016 Referendum.

I voted remain in 2016 but have always accepted the result of the referendum. I assumed that the UK leaving the EU would be delivered by those tasked with that responsibility - our MPs in Westminster. The fact we even had European Elections in the UK last week is testimony to their failure to date, and as so many spoilt ballot forms said, a colossal waste of time and money. Failure to deliver Brexit on 29th March, and subsequently, has contributed to the fact that both Labour and the Conservatives in the South West no longer have MEPs in Brussels.

It is under these conditions that we have a local Labour MP actively campaigning to ignore the result of the referendum, leading the charge for a second People’s Vote to decide whether or not we finally leave the EU. He does not trust the democratic decision made by 60% of the Plymothians who voted to leave the EU in 2016 and he does not stand with the 61% who this week voted to leave again. This position simply does not honour the people of Plymouth or the Sutton and Devonport constituency he is supposed to represent, the majority of whom voted to leave the European Union on both occasions they have had a vote.

You deserve an MP who delivers on the result of a referendum. This means having a local MP who votes in line with the majority of referendum voters in the constituency, not obstructing it because their personal preference is the polar opposite to the local referendum result.

You deserve an MP who believes everyone’s views are valid and does not define those who want to leave with a no deal Brexit as extreme.

You deserve an MP who pays more attention to what you're saying and speaks up accordingly. For too long you have been asking Parliament to sort out Brexit. A second referendum offers no guarantees that this would help at all and should not be pursued if we ever want to use referenda as a democratic tool again.

As your Member of Parliament, I would be honouring the result of the referendum in all votes and not promoting my own agenda. I have always believed referenda are a tool for the people to decide on controversial issues. It is not the role of MPs to pick and choose which referendum decisions they accept and deliver. It is up to our MPs to play their part in democracy and deliver the people's vote in the 2016 election.

When our local Labour MP was elected in 2017, he promised to ‘Put Plymouth first’. He proudly boasts that ‘Plymouth has its voice back in Parliament again’ on his website homepage. But why is this Labour MP fighting to remain in Europe, when you the people of Plymouth voted to leave?

Promises to ‘Put Plymouth First’ and claims that 'Plymouth has its voice back in Parliament' work when you actually do that. But when you don’t, you are an MP behaving just like all the politicians you have criticised in the past; saying one thing and doing another.

Why not make way for a truly local and positive MP. Someone who was born here, grew up and went to school here, works here and lives here. Someone who spends hours every week meeting people across the city and constituency to hear about the challenges and opportunities they face, actively seeking to find solutions to problems and bringing hope, not simply highlighting what’s wrong. Someone who genuinely believes in the people of Plymouth and trusts their understanding of the city. Someone who will honour the Brexit referendum result, listen to and respect the views of others, even where they may differ from their own, and who will work tirelessly to bring the city and constituency back together post-Brexit.

This week’s results are the clearest indication since the 2016 referendum that Luke Pollard MP’s position of pushing for a People’s Vote, aiming to revoke Article 50 and ensure we do not leave the EU, is entirely out of kilter with the democratic decisions of the people of Plymouth. He has obstructed the delivery of Brexit since Day One and is monumentally failing to stand up for Plymothians in Parliament. Plymouth Sutton and Devonport deserves an MP who will deliver the decision made by the the majority of referendum voters to leave the EU, not ignore it because they don’t agree. Plymouth deserves better.